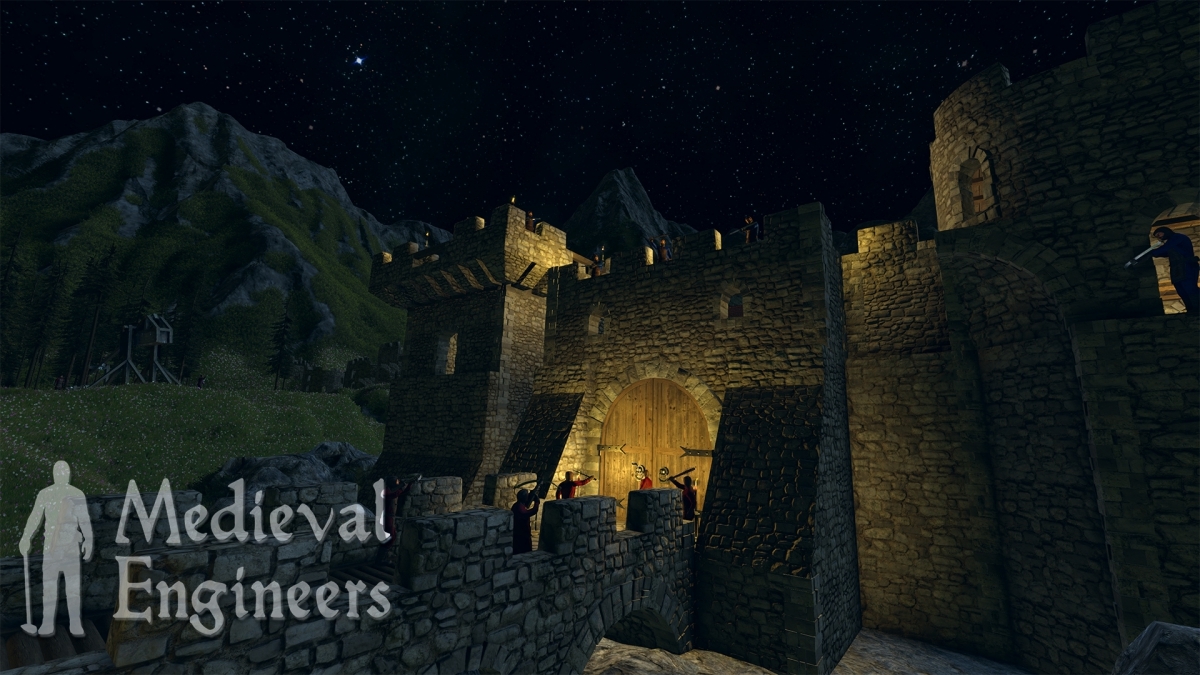 Today’s post is about the status of Medieval Engineers.

Coming back to where it all began, Medieval Engineers was our fourth project. We kicked it off at the beginning of 2014 and we announced the project [blog.marekrosa.org]in January 2015. We established a dedicated team, working in parallel to the Space Engineers team.

Medieval Engineers was quickly presented with the Czech Game of the Year 2014
Technical Contribution Award, mainly due to its volumetric environment and structural integrity.

Our goal was to create a game inspired by real medieval technology and the way people built architectural works and mechanical equipment using it. The game brought three major upgrades to our VRAGE engine: structural integrity, natural landscapes, and physics based rendering and it also gave us an opportunity to experiment with many things.

We haven’t released a major update since February 2019. The reason for this decision was that we changed the focus of the Keen Software House team. We have restructured the team, focused on moving Space Engineers out of Early Access, then on the development of Space Engineers for Xbox One, and the continual support and upgrades for Space Engineers.

We re-evaluated the Medieval Engineers project and, looking at the numbers, we have decided to end development on this title and release the game out of Early Access.

Today, we are releasing an update, which will address some critical game bugs. For example, world chunking issues. We want to stabilize the game and get it to a more playable state.

What will you find in this update? This release fixes a problem with grids disappearing from the world, as well as several game crashes you experienced during gameplay.

With this release, we are reducing the price to $9.99USD, or your regional Steam equivalent. Over the coming weeks, everyone who owns the base version of Medieval Engineers will receive the Deluxe version, for free.

Q: Why are you releasing this update now?
A: We were planning this update for quite a long time, but as we restructured our team, we simply did not find the right time to put it all together for the release.

Q: I am not happy that you stopped developing Medieval Engineers
A: For us, Medieval Engineers is a complete project. We are sorry that we cannot continue development. Do not hesitate to reach out to us at [email protected].

Our team continues to work on our priorities, which is Space Engineers, and more immediately, the Xbox One release. We would like for us to keep game development fun, motivational, and challenging. Focusing on a single project ensures that we provide the best game possible.

I would like to thank all of our team members who worked on Medieval Engineers. It was a great journey and we all learned a lot from it!

If you want to let me know your feedback please get in touch via my personal email address [email protected], or use our Keen Software House support site[support.keenswh.com]. I welcome all of the feedback we receive and we will use it to learn and provide better services to our players.

Thank you for reading!

Click here for the source of this article RSS Feed